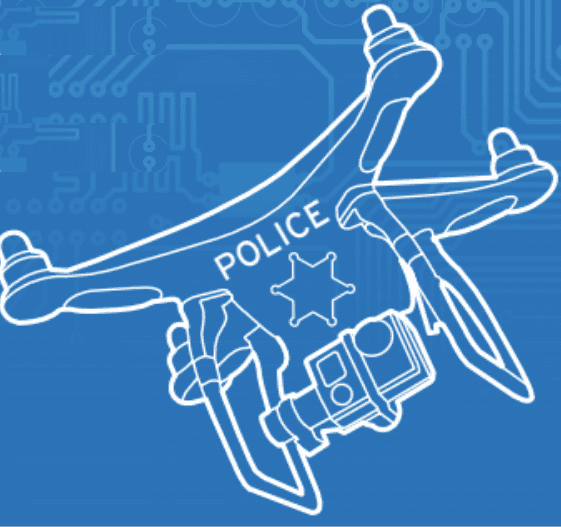 Do landowners have a reasonable expectation of privacy as against observations made by the government using drones at low altitudes?  On March 18, 2021, an appeals court in Michigan concluded yes, finding “that persons have a reasonable expectation of privacy in their property against drone surveillance.”  (What appears below is a summary of a thread I posted on Twitter).

The court found “Drones are qualitatively different from airplanes and helicopters: they are vastly smaller and operate within little more than a football field’s distance from the ground, a drone is therefore necessarily more intrusive into a person’s private space than would be an airplane overflight.  Unlike airplanes, which routinely fly overhead for purposes unrelated to intentionally-targeted surveillance, drone overflights are not as commonplace, as inadvertent, or as costly. Drones are intrinsically more targeted in nature than airplanes and much easier to deploy.  Furthermore, given their maneuverability, speed, and stealth, drones are—like thermal imaging devices—capable of drastically exceeding the kind of human limitations that would have been expected by the Framers not just in degree, but in kind.” (This is an obvious head not to Kyllo)

How does the court get around Ciraolo, and Riley, and Dow (the SCOTUS aerial surveillance cases)?

It cites Carpenter, finding: “…a person may retain reasonable expectations of privacy even in public because society historically expected that there were limits to what kind of surveillance could be feasibly performed by law enforcement agents or others.”

On the facts of the case, the court noted that the “mere existence and availability of technological advancements should not be per se determinative of what privacy expectations society should continue to recognize as reasonable.” (Kyllo again), and then back to Carpenter “The development of historically-novel ways to conduct unprecedented levels of surveillance at trivial expense does not per se reduce what society and the law will recognize as a reasonable expectation of privacy.”

But wait a minute. Advocates for the drone industry frequently contend that FAA regulations are the be all and end all of where one can fly a drone. The court here says no, citing back to Justice O’Connor’s concurrence in Riley where she wrote: the relevant inquiry was “whether the helicopter was in the public airways at an altitude at which members of the public travel with sufficient regularity that [one’s] expectation of privacy from aerial observation was not one that society is prepared to recognize as reasonable.”

The court says, “We conclude that; much like the infrared imaging device discussed in Kyllo; low-altitude, unmanned, specifically-targeted drone surveillance of a private individual’s property is qualitatively different from the kinds of human-operated aircraft overflights permitted by Ciraolo and Riley.”

On the all important property rights in airspace (drone trespass) question, the court held “landowners are still entitled to ownership of some airspace above their properties, such that intrusions into that airspace will constitute a trespass no different from an intrusion upon the land itself.”  Even when in compliance with FAA regulations flying drones “at legal altitudes over another person’s property without permission or a warrant would reasonably be expected to constitute a trespass.”

The court witheld judgment on “whether nonpermissive drone overflights necessarily are trespassory” in this particular case, finding it need not decide the issue, because the court decided the “matter based upon defendants’ reasonable expectation of privacy critical to which is that any reasonable person would have expected a low-altitude drone overflight to be trespassory and exceptional, whether the drone flew as high as a football-field length or flew directly up to an open bathroom window.”

Accordingly, to conduct surveillance by drone in circumstances like these, the government must obtain a warrant or satisfy a traditional exception to the warrant requirement.

EDIT, I learned that there was a dissent in the case, the dissent does not appear in Lexis, Westlaw, or Bloomberg Law, but I managed to track it down by Googling.  I’ve summarized it below.

Relying on the aerial surveillance cases, and Kyllo. The dissenting judge finds that drones are not factually dissimilar from other aircraft and that they are more commonly used than the thermal imager at issue in Kyllo.  Setting aside Ciraolo and Riley, the dissent says “I agree that drones can be inherently more intrusive than the manned aircraft at issue in those cases, but I do not believe Ciraolo and Riley can be so sweepingly distinguished. “

And “although drones may not occupy the same publicly navigable airspace as other aircraft, they do occupy airspace that is navigable by the public”

Key to the dissenting judge’s opinion is whether drones are “a technology commonly used by the public…that observed only what was visible to the naked eye and that was flown in an area in which any member of the public would have a right to fly their drone” (GM comment- I see this as a straightforward application of Ciraolo and Riley and I’ll note that it is what Justice O’Connor worried about in Riley — making 4th Amendment protections dependent upon the scope of FAA regulations.  This is also why state privacy laws are neutered when they make exemptions for drones flown in compliance with FAA regulations. Nothing in FAA regulations prevents a drone from operating at an inch above private property. The source of protection would need to come from somewhere else.)

The dissenting judge continues “there is reason to believe that any member of the public could have used their own drone and plainly viewed the property at issue in this case.” Then she writes that she found “the common availability and use of drones by the public in determining whether defendants had a reasonable expectation of privacy in this case” to be important.  (This suggests she believes the existence of drones has lowered people’s expectations of privacy because drones are common… That was a concern raised by the dissenters in Kyllo, when they critiqued the opinion, noting that the protection offered by the rule “…apparently dissipates as soon as the relevant technology is ‘in general public use'”).

The dissent wraps up with “the use of drones without a warrant [does not violate] the Fourth Amendment where one is used to view what is otherwise plainly visible to the naked eye from airspace navigable by the public” and says that if such a rule were to be crafted, it should be crafted by the Legislature.

I’ll note, IACP’s recommended guidance on police use of drones encourages agencies to get a warrant.  BUT, it does so when the target has a reasonable expectation of privacy — which is a bit circular (as the reasonable expectation of privacy would do most of the heavy lifting on whether there was a search and therefore whether a warrant would be required).  Cf., the ACLU’s take on the issue.

PLUG: back in 2016 I had some thoughts on some of this in the George Washington Law Review and an earlier version of the thoughts appeared at Brookings. 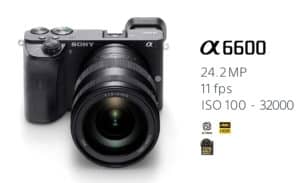 I've got a great Zoom setup. This is my Zoom DSLR buying guide, with links.